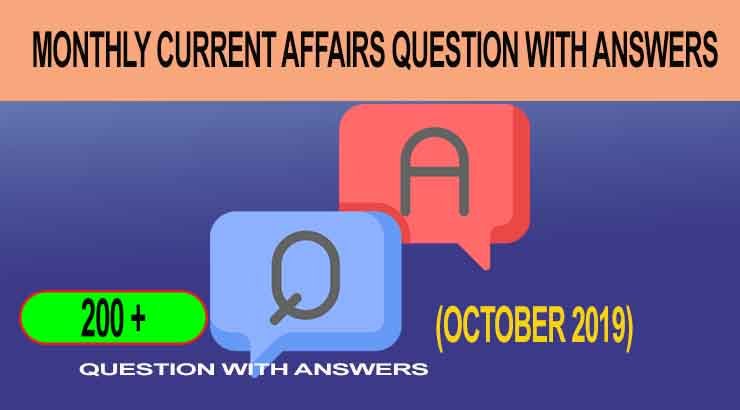 In this article, we are providing very important monthly current affairs single line questions with answers of October 2019 month, Which helpful for all competitive exams.