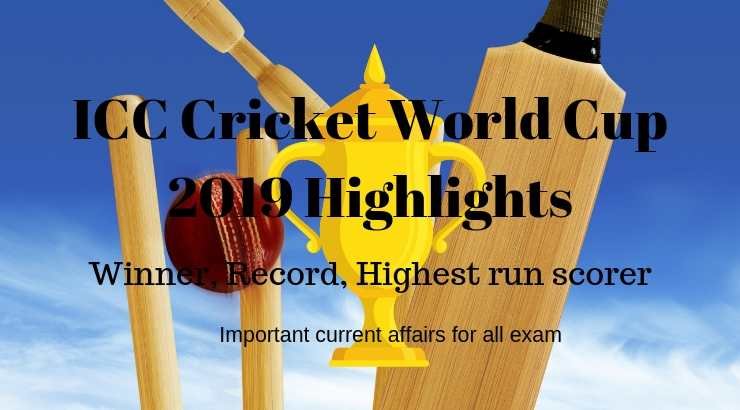 Dear Aspirants, here we provide detail information about ICC Cricket World Cup 2019 which held from 30th May to 14th July 2019 at London and Wales. This information is important Current Affairs Sports GK for all competitive examination.

You Can read also:

In this article, I have shared ICC World cup highlights. In every competitive examination sure 2-3 questions from this portion, so read this article thoroughly. If you have more information related this article please leave your comment in comment box then we will add this.