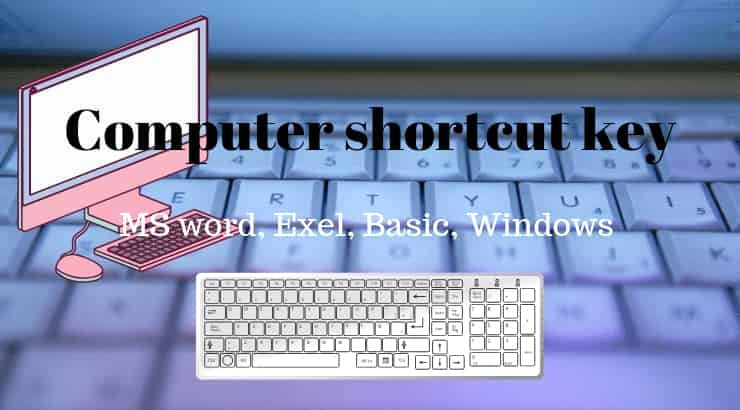 Keyboard shortcuts are generally used to reducing input sequences. The user uses the computer shortcut key by the press and holds several keys simultaneously or a sequence of keys one after the other.

Shortcut keys are an easier and quicker method of navigating commands on the computer. These are commonly accessed or work by using the Alt key, Ctrl key, or Shift key in conjunction with another key.

Here is a list of some of the most commonly used basic pc shortcut keys, window shortcut keys, MS word shortcut keys, and  Excel shortcut keys which helps users to access easily in less time and frequently. It is also a part of General Knowledge for Competitive examination and helps to aspirants in their Lab test or computer skill test in Railway NTPC and State PSU examination.