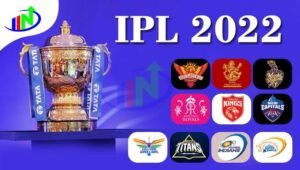 Here, we present the list of IPL winners in the table which includes Year, winner, runner-up, and venue of IPL from 2008 to 2022.