Dear Readers, Here I provide complete detail of all types Sports Current Affairs which are played in year 2022 and also provide PDF .Month wise sports list given below.

Other Important Current Affairs Topic are:- 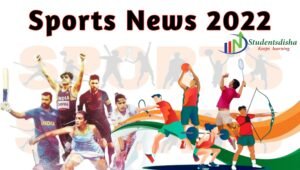 ICC Player of the Month September

Tania Sachdev won for India against Hungary in the fourth-round match of women section at the 44th Chess Olympiad in Mamallapuram, Chennai

India beat Bangladesh 5-2 after extra time to clinch the 2022 SAFF U20 Championship title, at Kalinga Stadium in Bhubaneswar, Odisha. Sibajit Singh Leimapokpam was the captain of the Indian team and Som Kumar was the goalkeeper.

2022 French Open is the 126th Edition of the French Open Grand Slam Tennis Tournament. It was held at the Stade Roland Garros in Paris, France from 22nd May to 5th June 2022.

ICC Players of the Month for March 2022:

It was the 29th edition of the men’s Mexican Open.

India concluded its campaign at the Singapore Weightlifting International 2022 with eight(8) medals, including six golds and a silver and a bronze.