In India, this day is celebrated as Viswa Upabhokta Adhikar Diwas.

Acuite Ratings and Research said that former deputy RBI governor S S Mundra has been appointed as non-executive chairman to its board with immediate effect. In high four-decade-long banking career, Mundra has served as Deputy Governor of Reserve Bank of India and as Chairman and Managing Director of Bank of Baroda.

SC appoints P.S. Narasimha as a mediator to resolve disputes of cricket administration in BCCI

Padmanaban Gopalan, the founder of No Food Waste, was named the winner of the award worth 3,000 pounds at a ceremony at the Commonwealth Secretariat in London for his work towards achieving the UN’s Sustainable Development Goal (SDG) of Zero Hunger with his innovative system of recovering excess food to distribute to those in need.

Renowned Kathak dancer Seema Mehta has been conferred the ‘Nari Shakti Puraskar’ award for her contribution towards women empowerment over the last 15 years.

She received the award from President Ram Nath Kovind at Rashtrapati Bhawan in New Delhi as part of the Women’s Day celebrations. 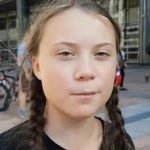 TERI to set up incubation center in Odisha for biotech solutions

The Embassy of India in Kathmandu awarded 200 Golden Jubilee Scholarships to meritorious Nepali students for continuing their studies in various undergraduate courses at different universities and colleges across Nepal for the academic year 2018-19.

Jaitley further claimed that PM Modi had an “indefatigable approach” and worked round the clock for the past five years, achieving results that would not have been possible otherwise.